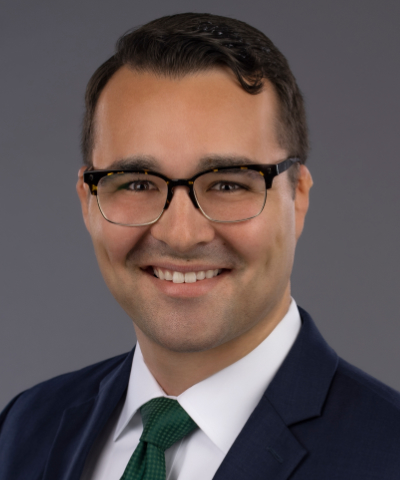 Alex Viana is an associate in the Jacksonville office. Mr. Viana’s practice focuses on civil litigation defense. Prior to joining Dennis, Jackson, Martin & Fontela, Mr. Viana spent four years as an Assistant Commonwealth’s Attorney in Virginia, where he prosecuted a wide range of misdemeanors and felonies. During that time, Mr. Viana litigated numerous pretrial motions, bench and jury trials, and composed appellate briefs on behalf of the Commonwealth of Virginia. Mr. Viana also previously clerked for the Honorable James C. Lewis, the Honorable Stephen C. Mahan, and the Honorable A. Bonwill Shockley in the Virginia Beach Circuit Court.

Mr. Viana graduated with distinction from The George Washington University with a Bachelor of Arts degree in Political Science and a minor in Economics, where he participated as a captain of the Mock Trial team. He received his Juris Doctor degree from William and Mary Law School, where he was the Executive Editor of the William and Mary Business Law Review and Head Coach of the Alternative Dispute Resolution Team, participating in arbitration, mediation, and negotiation tournaments.

Mr. Viana is admitted to practice in the State of Florida and the Commonwealth of Virginia and is a member of the Florida Bar and the Jacksonville Bar Association.